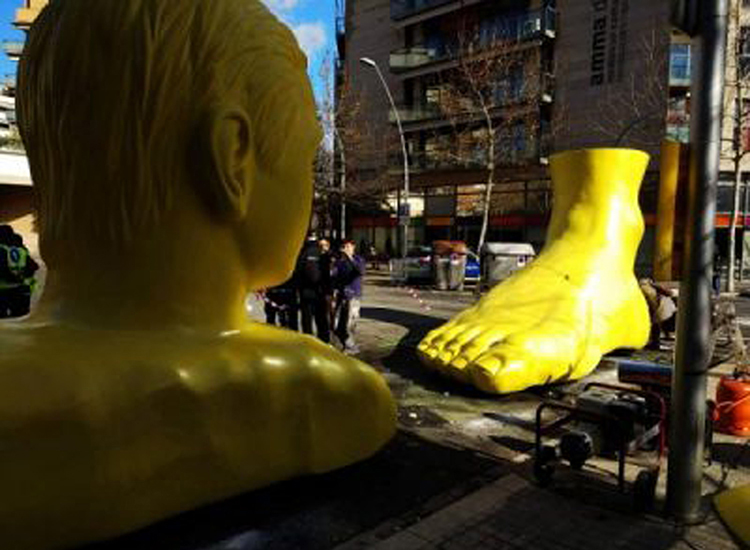 Our company has collaborated in the new announcement of the Seat brand. We have made some sculptures mounted on two vehicles for the new advertisement shot in Pueblonuevo Barcelona.

An advertisement with a quite large Production behind with very good Professionals, in which we have worked different Artists and creatives of Barcelona in different disciplines, we have contributed our experience in the Construction of Advertising Vehicles, and to the realization of the carvings and sculptures that were going mounted on the body, according to the concept of Design.

The sizes of a face and a foot, with an approximate height of 3.70 m made and mounted on the Vehicle Chassis that we also made convertible to better accommodate all the volumes made and also perform a technical emptying for the vehicle, driver access and safety ventilation. We proposed to the Producer that they would drive in the advertisement with cameras and a screen inside the Advertising Vehicle, so that they would not have to make the corresponding window so that the driver could have visibility, and be able to conceptually offer a more sophisticated and sophisticated product. way that nothing distracted from the concept and the choreographic conduction that had been prepared.

We leave a link to see the video that in our modest opinion has been really good, and has been a privilege that the Producer and Designer Mau Morgó, have our company and human team to provide our experience.